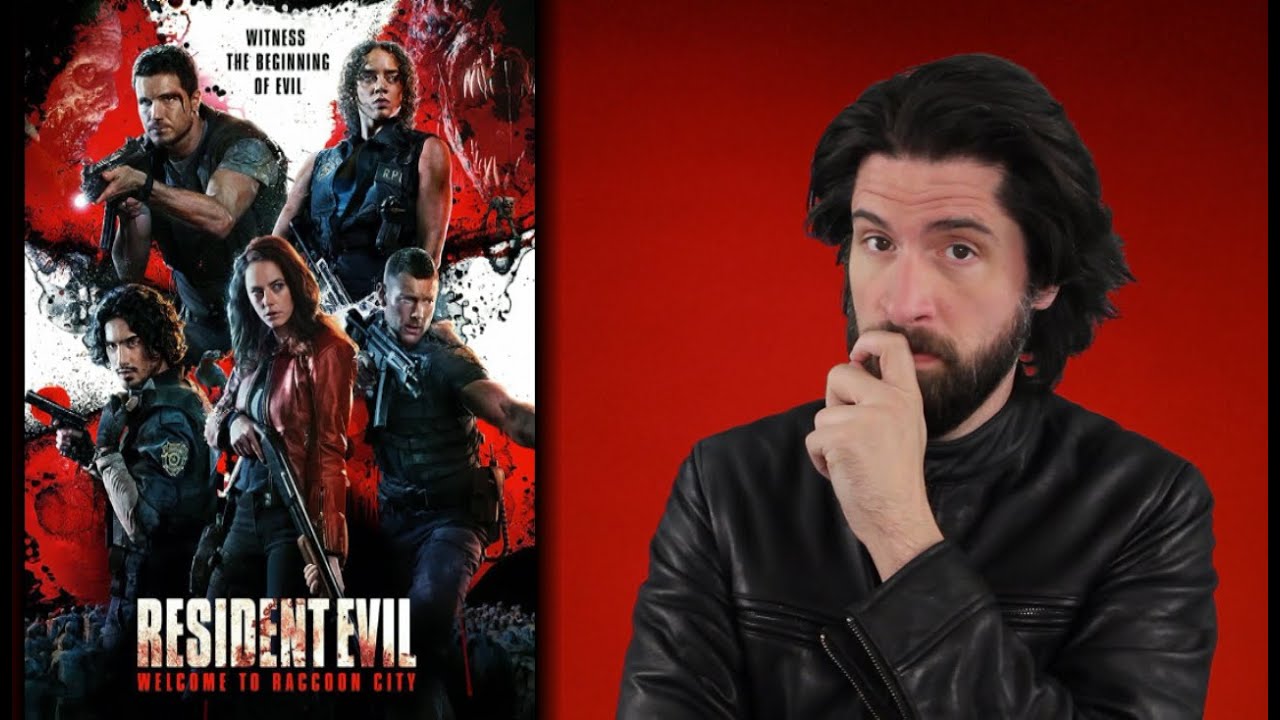 Resident Evil becomes a movie!…..again! Is it a step up from the last time? Here’s my review for RESIDENT EVIL: WELCOME TO RACCOON CITY!

Was gonna say 'please review Arcane' but there you go…

Hell yeah, we're getting 1.5 of an Arcane review, thank you James

Can you do a wheel of time review?

Legacy of Kain as an animated series written by Amy Hennig and the returning voice cast of Simon Templeman, Michael Bell, etc (unfortunately we don't have Tony Jay) is the only way I could accept an adaption.

Ah videogames movies. Only a few of them make It. Imo the best are Silent Hill (even though they changed some things) and Sonic. As for TV series Arkane, Castelvania and the Witcher (but It Is based more on the Books).
I heard that there was a project on Resident Evil, more on the noir-investigation side than horroraction based on the events of the Arkalay Mountains…that was an interesting take.

They need to take inspiration from lord of the rings. Maybe not a 3 hour long runtime but the movies are in chapters with cliffhangers

I really liked this movie, but I also had low expectations going into it. When you mentioned how good and cinematic the RE2 remake was it made me realize that no live-action movie could ever live up to the Resident Evil games unless they're given 200 million dollar budgets. I want to root for this movie but as you say, the RE2 remake is basically just a better version of this film 🙁

people are lazy , most are just in for the money and not realy into creating good movies and its not surprising since capcom made a more theme park approach with RE7 the scare factor is there but its get boring overtime coz your just confined to a small place from beggening to end! nice tardy work capcom.

I've definitely agree the work fuck was used too much

Leon being my favorite character, this shit made me cringe. Easily the shittiest character in the movie.

I have to admit they nail the element well. However like what many people say, it's just about cramming too much stuff into a limited amount of time. It would have been more successful as a series.

But let's be honest here

The most disappointing thing here was Leon and Jill valentine

Where is Hawkey Ep 1 review?

Saw this movie just now for kicks. God it sucked.

I know it’s shit when that’s the best they can cast for Leon.

It should be in tv format not a movie some stories are not ment for movies!

The first Resident Evil movie was much better than….this thing.

I saw this remade Resident Evil movie hours ago, alot of jump scares and much more faithful of the video game. The females leads were great, sucks for the men : wesker and Leon. Not enough birds, dogs and people. At the end AW not sexy enough.

Here are some personal takes and gripes with the movie.

I went and saw it and I gotta say, it's character assassination that tries to push everyone but the Redfield siblings out of the spotlight.

I'm just gonna list random things I think of as I write this.

I mean, Leon killed 1 zombie throughout the entire thing and got treated like a child the entire time.

They also didn't give him his H&K Vp.70 (Matilda) which as fans know takes its namesake from Leon the professional.

And thank God I didn't have epilepsy going into it, especially with the God awful scene where the action completely cuts out whenever Chris is not firing during the mansion sequences.

Also, Birkin goes from g1 (if you can even say that) to his final form because of (3?) Shots from a shotgun.

Furthermore the pacing of the whole thing made me feel like a child with the constant time updates as if nobody wears watches and could've just been like "hey its 4 am, we should hurry."

Another thing is how they basically say "screw you." To anyone who isn't already invested in the series, because the only person who gets even a crumb of backstory is Leon even though it's laughable to even call it a crumb.

Also within a blink we go from Leon waking up in a (hotel?) To him asleep in the diner where Wesker, Jill and I think it was Brad there with them.

Speaking of the dinner, they're all cops there and would thus know the struggles of being on the force, yet they still decide to pick on him like a bunch of children to the point that Jill points a firearm at him for no reason.

Speaking also of Jill pointing her gun at people, it makes no sense whatsoever that after Wesker confesses to her, she goes and lies to Chris and then straight up murders him without any context whatsoever of the situation and is just like "oops, sorry."

That is, unless they're trying to push some new narrative that she's some kind of umbrella agent.

I appreciated the attempt as a whole but it was just… a pathetic attempt at following the source material.. but I still appreciated it nonetheless.

Legacy of Kain would be SIIICK, only if they could pull it off.

Brad jones gives this film a B- so this is promising.

Resident evil movies are trash. They push so hard for a female lead actor when all we want to see is Leon and Chris be badass and shoot zombies.

I was not a fan of the Paul Anderson movies. They were utter trash, Paul Anderson has not made a good movie since Event Horizon. I wish Hollywood would stop making Resident Evil movies because I've had enough. And now I'm at a point where I wish Capcom would stop making Resident Evil video games because they have gotten way too silly and are not scary at all. Either Capcom gives us a third-person survival horror game that stars the silent mercenary Hunk or just end the series altogether because I am so sick and tired of a Resident Evil game about Leon and his Frat Counterpart Chris Redfield and his steroid-injected neck.

none of the charatcers acted like the characters….it would so bad!

I saw it too. Exactly the point! I totally agree man. Let them know, the Resident Evil franchise should be a game, and they can reboot it as many times as they want. But never make a movie, never again.

Looking forward to the Arcane review!

I didn’t expect the movie to be the best going into it, but I was let down due to the lack of different creature variants. The director said there would be more creatures and even ones that aren’t in the games and there wasn’t.

I mean, if he was a clerk of a pizza store and took a police uniform to hide behind gun power…. Yeah that would be really interesting

Whatever people say, I am glad this movie is the closest we can get to the video games. You know, back then, when I confronting my friends who didnt play Re games to playing it, he just like, uh where's alice?, where's the dessert and where is the queen???. Now we can converse happily

They should go allllllll the way to village

Why did they write Leon in as a bitch pretty much!?

This movie was awesome.

I wouldn’t have been disappointed in this movie if they just showed more actions sequences, like the third act was so rushed they literally don’t take any damage from the final village