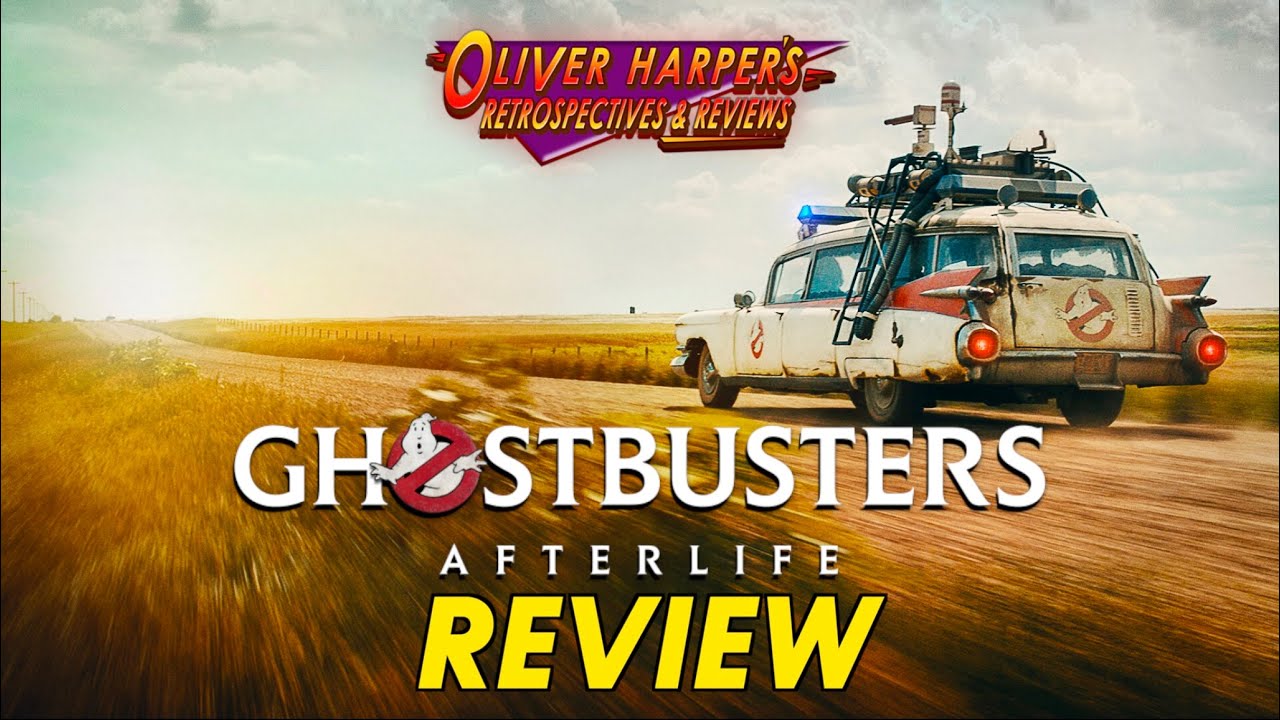 I say that it is out of character to leave the demon dog for her grandchild to let free to start the so called "end of the world". Egon as a ghost guided the kid to the trap.

I loved this movie!! Can you explain what is fan service about this movie? From now on bill & Ted 4 shouldn't show bill,Ted or a time machine

A terrible film…Boring kiddie lame unimaginative and uninspired wants to be Stranger things&Goonies .Ghostbusters:The Force Awakens and the Last Jedi …the last Ghostbuster.I hate to say this but the 2016 version is better…

This was worse than when i took a chick home only to find out in bed that she was a he.

I'm sorry my friend but this is where you and I sharply divided , I think the guys at #RedLetterMedia are respond on !
This movie comes across to me as being lazily made , over indulges in fanservice in place of an original story line from which they ripped off from the first two films , which puts it in the same category as "the force awakens" !
There was no compelling let alone original antagonist !
At some essential levels this is the same equivalent of the Snyder cut of Justice League , everybody wanted this garbage , "now you got it" !
And it's like swiss cheese , there's holes all the way through it !
And you insist that it's a 'good Ghostbusters movie' ?
"Where's the "deadpan humor" !
"Where's the charismatic actors such as the 21st century equivalent of 'Bill Murray' or 'Dan Aykroyd' !"
Sorry my friend , to me it comes across as just a retread of a retread of a retread .
Nothing special , nothing unique , nothing Ghostbusters 😔 !

I agree with the rushed ending. Spoiler below:

I felt we were missing a scene or two to see the originals get together and find out they have to go to the farm house.

Saw it once for work and again for husband. Surprisingly held up for second viewing. I'd give it a Joe Bob 3 outta 4 stars. Wish the final boss was something new but a cute adventure film for all ages none the less with a solid cast.

I saw it and originally gave it a 8 – 8.5 out of 10 but after seeing Redletter Media's review I've lowered it to a 7 -7.5 out of 10. It's still worth seeing in the theater for its pure entertainment value but the script needed more work. It relies heavily on nostalgia and references to the previous movies and doesn't give us enough that's new and previously unseen or unexpected.
Still, it's a decent start to additional sequels should they be made and they probably will.

I haven't seen this film so I can't judge it, but I will at least say, if I'd been in the writer's room when the plot was being hashed out, I would have strongly put my foot down against shifting the setting away from an urban environment, and/or making kids the focus.

Those two things would have got a hard pass from me. Unconditionally.

Maybe I'll feel Jason Reitman pulled it off. All I know is the trailer did nothing for me, not one single scene I've watched during promotions has interested or impressed me; basically nothing about it excites me even remotely. But who knows. Maybe I'll love it. We'll see.

Did being Ivan's son make Jason "the right man for the job"? I would say, unequivocally, not really. I saw certain people were excited when Jason was announced as the director; I don't understand at all how there's any actual correlation there. I've liked several of Jason's films, but he's a VERY different filmmaker than his dad.

And "Ghostbusters" has a very distinct tone to it, that I would say is dictated heavily by the cast. Recreating "tone", for any filmmaker, particularly if we're talking comedy, is a very difficult. Jason's possibly capable of it, but I don't see how being Ivan's kid gives him any kind of advantage. The brutal truth, despite Jason being (usually) a fine director in his own right, is that the most significant arbiter which granted Jason the job is…nepotism. Gotta be said.

But who knows. Maybe I'll love this thing. I'm just not tripping over myself to see it. If I ever see it at all.

I really hate how people say there’s too much fan service. Here we have the 2016 movie that does something TOTALLY diff and people hated it. This new one was really awesome.

This is the way to make a trilogy!

This movie is a piece of shit. Take out the ghostbusters references and there isn’t a single redeeming quality

This is a perfect review (because I agree, lol) I loved it and would recommend it but yeah that 3rd act story (except that beautiful reunion-I cried) was irksome

I think those people who complained about the homages to the past wanted a sequel to Ghostbusters Answer The Call, thank god that didn’t happen, Paul Feig is a good director but his comedy movies are often cringing to watch.

I just love that Canon Films logo theme song at the beginning of this video.

It's funny how all over the spectrum these reviews are. RLM trashed it (though Rich spoke up about how he liked 70% of it), Oliver really liked it, and I'm sure there's tons of inbetweeners. I'm definitely the latter, the characters were so engaging that the fan service felt like it was put there to spite them in a way.

I make it a game. How long will Oliver go in a video before mentioning at least one of the Superman films

Thanks to the pandemic I am still not comfortable going to theaters so I'm really disappointed I have to wait until it comes out for home viewing in February.

While it was far better than the 2016 film,which isn't saying much, it's not really a great film. I have to agree with Mike,Jay and Rich from Redlettermedia. It felt like a collection of-do you remember the fire pole? Do you remember the Proton Pack? Remember Zool? Remember slime? Remember Walmart? Remember Baskin Robbins? Remember when films were more original? I do. This really has the same stink that The Force Awakens had on it. Nostalgia really is the new drug.

The last 30mins was very embarrassing

One of the greatest franchises in Hollywood history – can't wait to watch it and hope there is a trilogy at the least and with the price dropping on effects some shows would be cool as heck!!!

Bustin' makes me feel good. But this…

I liked it, my kids liked it, It wasn't original, it was full-on fan service with the odd scare all the way.

And what an ending for Harold.

My girlfriend and I cried at the ending 😇😭🥰💚