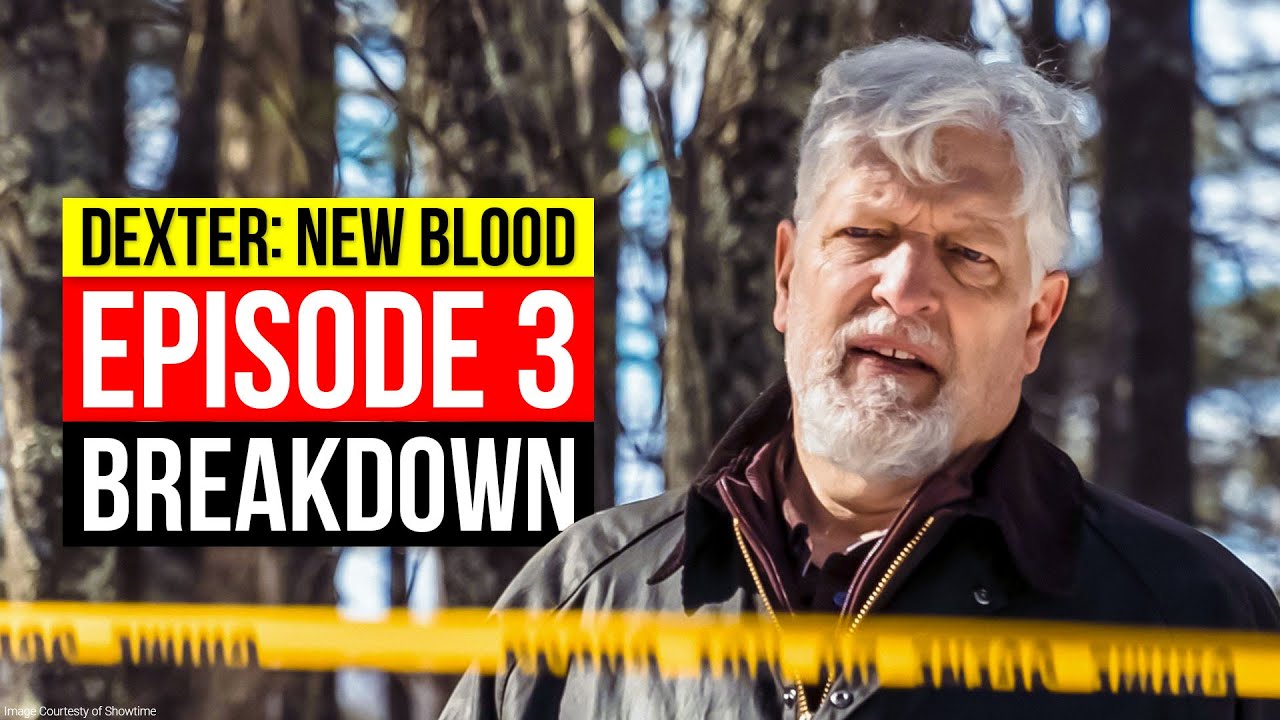 Dexter “New Blood” is a new limited series from Showtime that continues the story and promises to deliver a new ending to the beloved series. In the third episode, Dexter (Michael C. Hall) is trying to get to know his son Harrison (Jack Alcott) while an investigation is happening on his property. Dexter slipped after years of abstinence and now he has to try to stay ahead of the Iron Lake police department in “Smoke Signals”. It’s technically the ninth season, but the producers are stressing that it’s a series of its own rather than a continuation. Dexter season 9 is New Blood season 1.

His girlfriend Angela (Julia Jones) is on the case as the chief of police, and his efforts to throw her off are derailed while he deals with Harrison. He fears that his son might have dark tendencies, but he seems like a smart kid with a sense of justice in this new episode.

Episode 3 was titled “Smoke Signals” and followed Dexter trying to remove the body of Matt Caldwell from his property. Things get more complicated when they bring search dogs, and Dex is stretched thin trying to stay ahead of them. We also see that there is another killer in town, as the girl from the bar is executed by a masked character with a laser scope rifle.

Kurt Caldwell (Clancy Brown) is initially upset with the way the police are handling the search. In a strange twist, he says he facetimed with his son, right after Dexter incinerated his body. Harrison also stood up for a kid who was being bullied at school, but there’s a chance he may have violent tendencies of his own.

Deb (Jennifer Carpenter) continued to challenge Dexter on his decision to bring Harrison into his life in episode 3. She is afraid that Dex will get him killed or completely mess him up.

10 years after Dexter Morgan went missing in the eye of Hurricane Laura, everyone in Miami believes he is dead. His son Harrison left for Argentina with Hannah, and Dexter lived under an assumed name in Oregon for a period of time. Now he’s settled in Iron Lake, NY, working at a local fish and game store under the alias Jim Lindsay. It’s been a decade since he killed anyone, and his dead sister Deb has taken the place of his adoptive father Harry as the person he talks to inside his head. At the beginning of the season, Harrison tracked Dexter down, and the first season will explore their father-son relationship.

If you want to leave me a tip for my work 💰

All Images Courtesy of Showtime.

The Dexter television series follows the life of Dexter Morgan (Michael C. Hall), a Miami Metro Police Department blood pattern analyst with a double life. While investigating murders in the homicide division, Dexter hunts and kills murderers who have escaped the justice system.

The series is based on characters created by Jeff Lindsay for his “Dexter” series of novels. Although the first season is based on the events of the first book, Darkly Dreaming Dexter, the series’ subsequent seasons follow different storylines than in the novels. DEXTER was developed for television by James Manos, Jr.